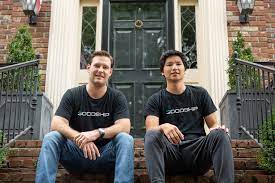 New funding:GoodShip, a transportation analytics firm based in Seattle, raised $2.4 million in a round headed by Fuse and co-invested in by Cercano Management, Flexport Fund, Innovation Endeavors, Sope Creek Capital, and other angel investors.

The business:Shippers may use GoodShip’s analytics software to consolidate siloed data from spreadsheets and emails relating to contracts, transportation performance statistics, pricing information, and more. The goal is to boost efficiency, simplify data analysis, and increase “supply chain agility,” especially during uncertain market situations. It earns money from shippers while simultaneously developing software for carriers. GoodShip employs five people and has a co-headquarters in Nashville, where Soskin lives.

The customers:Shippers ranging from mid-market to enterprise – major manufacturers and merchants with items that must be transported by truck. “We’ve been able to unearth crucial data that were previously opaque by leveraging the platform,” Nicole Schuman, transportation procurement manager at Reser’s Fine Foods, said in a statement.

The mission:“To make it easier and more accurate for shippers and carriers to digitally buy, measure, and optimise contract business than ever before.”

The Convoy “mafia”:Soskin and Tsai are among numerous former Convoy employees who have gone on to found their own Seattle firms, including Outgo, Solo, Mystery, Common Room, and others. It is also one of a rising number of logistics and shipping tech businesses in Seattle, including Logixboard, Flexe, Shipium, and Pandion.

The last word:“David and I have a lot of industry expertise,” Soskin remarked. “We’ve gained some secrets and crucial insights from viewing some of the systems and procedures up close over the years.” That’s what gave us the confidence to take on the role of founder.”