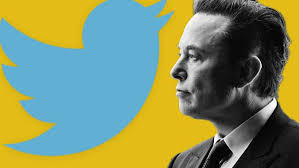 The attack on Nancy Pelosi’s husband at their San Francisco home sparked a flurry of conspiracy theories. It was a first test of how disinformation travels online in 2022 for one freshly minted social media owner, and the findings were not positive.

Elon Musk, Twitter’s new Chief Twit, decided to join the online response to the violence against the Speaker of the House—the third highest-ranking institutional figure in the United States—by responding to a tweet by former Secretary of State Hillary Clinton, who noted how “hate and deranged conspiracy theories” emboldened the man who attacked Paul Pelosi.

Musk wrote in a since-deleted post on Oct. 30: “There is a tiny possibility there might be more to this story than meets the eye,” and shared a link to an unfounded anti-LGBT conspiracy theory by Santa Monica Observer—a site notorious for publishing right-wing fake news that has since updated the story to say: “San Francisco Police said today that victim Pelosi and suspect Depape did not know each other prior to the attack.” The SFPD confirmed that the attack was the result of a break-in.”

Since Musk initially considered buying the firm six months ago, there has been considerable worry about content filtering. The world’s richest billionaire, who has over 110 million Twitter followers, has stated that the social media site would not become a “free-for-all hellscape,” but users have already reported an increase in hate speech and disinformation.

According to onlookers, use of the N-word on the platform has increased 500% in the 12 hours since Musk concluded the $44 billion transaction. According to social media analytics firm Dataminr, tweets sharing antisemitic memes and discussing “plandemic”—a conspiracy theory that implies elites are utilising the pandemic to obtain power and profit from vaccines—have also increased. Anti-trans harassment has also increased.

Twitter’s head of safety and integrity, Yoel Roth, said that the company’s standards had not changed. The rise was caused by a targeted “trolling effort” by a few users that posted a bombardment of insults.

Musk also shared Roth’s statement in response to NBA player LeBron James’s remark on the rise in racist rhetoric. However, given the timing of the increase, the statement did nothing to allay fears that Musk’s leadership would muddy the distinctions between hate speech and free speech.

The rise in disinformation and hate speech poses financial challenges for Twitter since it risks alienating advertisers, the company’s primary income source. As announced on Friday, General Motors has chosen to temporarily cease advertising on Twitter in order to “understand the trajectory of the platform under their new ownership” (Oct. 28).

In response to the platform’s new ownership, some high-profile users quit. On Oct. 28, This Is Us executive producer Ken Olin tweeted, “I’m out of here,” less than a week after saying, “Gotta wean myself off of this soon to be Musk machine.” The next morning, Scandal and Grey’s Anatomy creator Shonda Rhimes wrote, “Not staying around for whatever Elon has planned.” Bye.” The next day, Grammy-winning performer Sara Bareilles exited the stage.

Musk teased verification changes on Twitter, stating the process of obtaining a blue badge is being reviewed, while The Verge claimed that a fee-paying system for verified users is in the works.

Musk also looks to be exploring resurrecting another social media platform. According to a poll he sponsored on his website, he’s thinking about bringing back Vine to better position the firm against rival TikTok.

Vine was a six-second video platform that Twitter purchased in 2012 but shut down in 2017 because it couldn’t profit. However, there are proven profitable ad models available these days.

Guess who’s back? Jack Dorsey’s back

Twitter’s old guard has found a new social media home as Musk takes control. Jack Dorsey, who established Twitter in 2006 and led the firm for many years, announced the launch of BlueSky Social, a blockchain-based social network. According to the firm, it has already got 30,000 sign-ups.