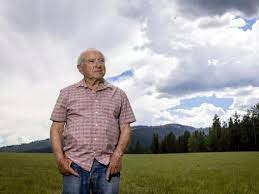 The billionaire owner of Patagonia said on Wednesday that he is donating the whole business to help stop the destruction of the planet’s climate, setting a new standard for environmental corporate leadership.

The creator of Patagonia, Yvon Chouinard, who transformed his love of rock climbing into one of the most well-known sportswear companies in the world, is donating the whole business to a special trust and organisation that will use all of the proceeds to save the environment.

The business declared that Earth was now the only stakeholder. “ALL proceeds will be used to further our quest to “save our home planet,” the statement reads.

The 83-year-old Chouinard collaborated with teams of business attorneys, his wife, two daughters, and other family members to design a framework that will enable Patagonia to carry on as a for-profit business, with all profits going to environmental causes.

“It will take all of us doing all we can with the resources we have if we have any hope of a healthy world-much less a thriving business-50 years from now,” said Chouinard in a statement. “This is another way we’ve discovered to contribute,”

The family of Chouinard gave a trust that will be in charge of the organization’s vision and values 2% of all the company’s equity and total decision-making power. The Holdfast Collective, a non-profit organisation, will receive the remaining 98% of the company’s stock. According to a statement, the Holdfast Collective “will use every dollar received to fight the environmental crisis, protect nature and biodiversity, and support thriving communities as quickly as possible.”

The money Patagonia produces after putting it back into the company will be given to the nonprofit organisation each year to aid in the battle against the environmental problem.
The structure, according to the statement, was created to prevent the firm from being sold or becoming public, which may have resulted in a change in the company’s values.

“You might argue that we are “going public” rather than “going private,” said Chouinard. “We’ll use the money Patagonia provides to conserve the source of all riches rather than taking value from nature and turning it into profit for investors.”

According to Patagonia board chair Charles Conn, the company’s new strategy is intended to demonstrate the fallacy of the classic shareholder capitalism tenet that setting business aims other than profit will only confuse investors.

He added, “We are flipping shareholder capitalism on its head by making the Earth our single shareholder. Instead of exploiting natural resources to create shareholder profits.

Chouinard and Patagonia have been trailblazers in environmental action and employee benefits for many years. In its almost 50-year history, the Ventura, California-based firm has been recognised for providing generous staff benefits, including on-site nurseries and afternoons off on good surf days.

The corporation began contributing 1% of its revenues to environmental organisations in the 1980s, a scheme that was codified in 2001 as the “1% for the Planet Scheme.” According to the corporation, the campaign has resulted in $140 million in donations for the preservation and rehabilitation of the natural environment.

Patagonia was among the first firms to become a b-Corp, submitting to certification as satisfying specific environmental and social requirements, and has recently amended its mission statement to state: “We’re in business to conserve our home planet.”

Chouinard, the renowned eccentric entrepreneur who started his career making metal climbing pitons (or spikes to wedge into crevices during rock climbing) and lived out of his van at climbing sites for many years, told the New York Times that he was mortified to be viewed as a millionaire.

“I was mentioned as a billionaire in Forbes magazine, which really, really irritated me,” he stated. I don’t have a billion dollars in the bank. I don’t own a Lexus.

According to philanthropy and trust specialists, the Chouinard family is at the vanguard of philanthropic giving.

“This family is a huge anomaly when you consider that most billionaires give away only a tiny portion of their net assets every year,” Inside Philanthropy founder David Callahan told the newspaper.